I have two dogs that I adopted from LotsaDogs Rescue. Both are on RAW diet and have been since their adoptions in January 2015.

Charlie came to Su a skinny hairless, unhappy dog. He was joyless. I fostered him for the Home for Christmas Program, having lost my previous dog that October. He was nothing that I excepted, short, itchy, unkept, and just plain sick, but willing to be loved. In the course of two months because of Su’s RAW food, advice on natural products and his amber beads, Charlie flourished and I became a foster failure. He is now, joyful, and not so thin. The very best of all though is his coat, it grew and came out so soft and so thick.

We then adopted Shelby in January of 2015. She is a loving, people dog. And she loves her Charlie above all others. She also is on RAW and has benefitted from Su’s advice and counsel. After seeing the effects of RAW on both my dogs, I highly recommend Su’s. It’s easy to use, and I know they are getting the best nutrition. 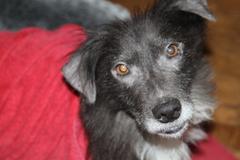 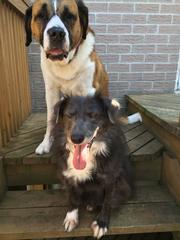